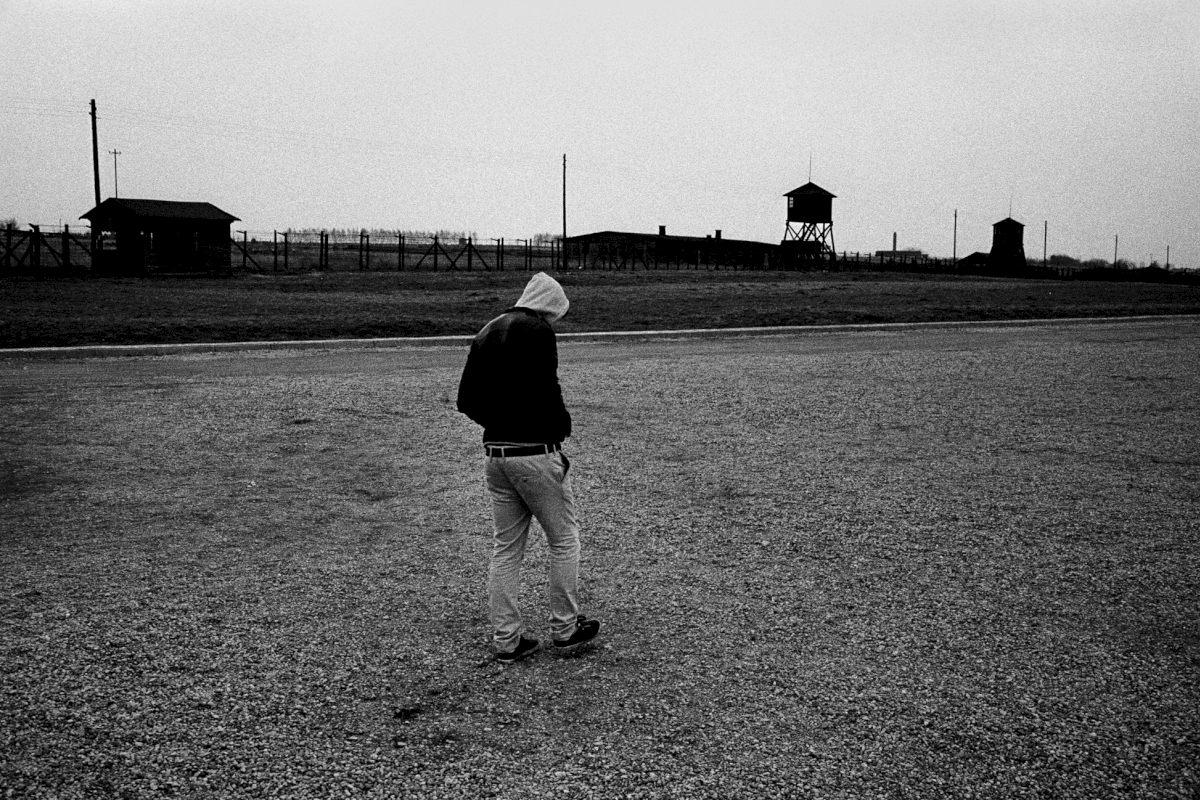 was a concentration and extermination camp on the southeastern outskirts of Lublin in eastern Poland. Between October 1941 and July 1944, Jewish and non-Jewish prisoners in Majdanek and surrounding subcamps had to perform forced labor, were tortured, shot, and - from fall 1942 onward - also murdered in gas chambers with carbon monoxide or Zyklon B.

The largest massacre took place during "Aktion Erntefest," when on November 3, 1943, members of the SS and police forces shot about 18,000 Jews from the Lublin district, prisoners from Majdanek and surrounding subcamps. The victims died from shots to the back of the head or from machine-gun salvos on the camp grounds and in the nearby forest of Krępiecki. Loud music was played to drown out the shots in order to conceal the mass murder from the Lublin population.

Before the Red Army reached the camp, the Germans tried to remove the traces of the mass murder in Majdanek. Prisoners had to open the mass graves and burn bodies; several buildings were set on fire. However, much of the camp, as well as evidence of the mass murders, was preserved when the Red Army liberated the camp on July 24, 1944 as the first of the large extermination camps in Poland. The memorial, which was built in Majdanek after the war, was one of the first in Europe to commemorate the victims of Nazi crimes at the historical site.

The number of victims of Majdanek cannot be determined exactly due to incomplete sources. According to the latest research, it is certain that at least 78,000 people, including 59,000 Jews, were murdered in Majdanek.