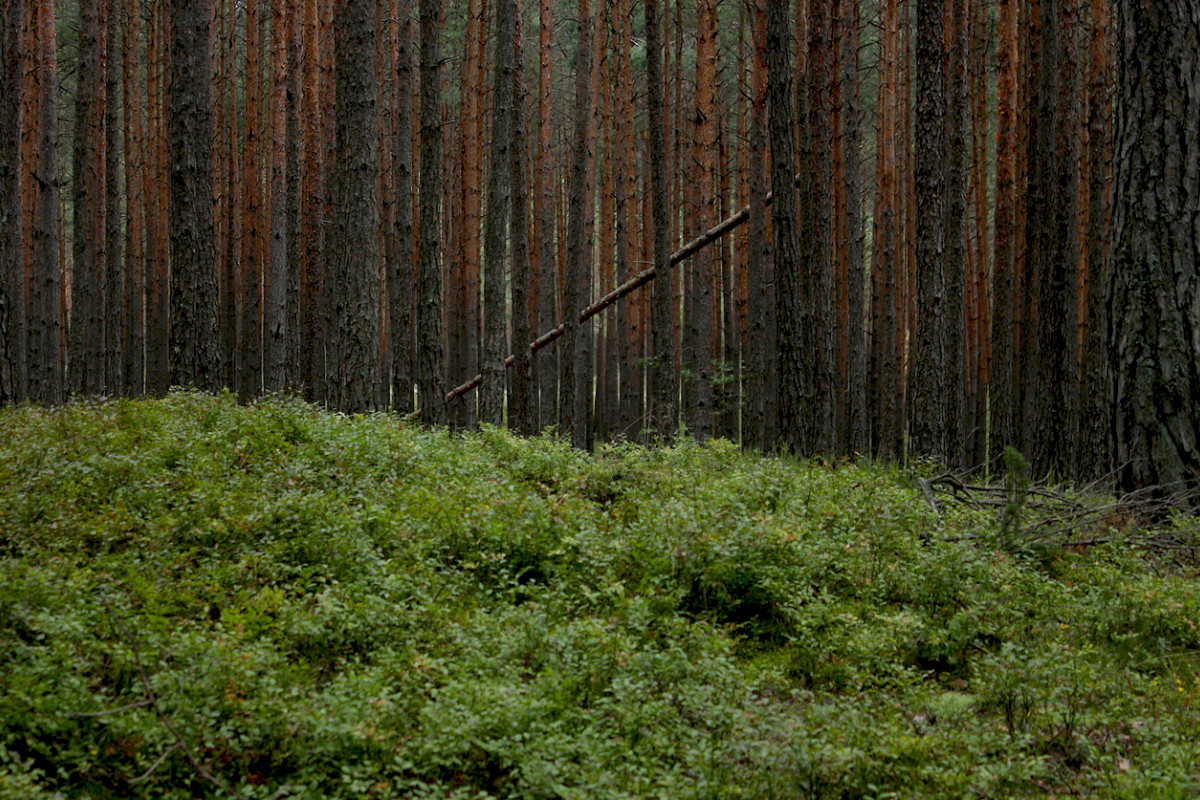 1/48 ▶
At least 1,500 Jews – mostly women, children, and old people – were shot dead in the forest of Józefów in southeast Poland on July 13, 1942. The perpetrators belonged to the Reserve Police Battalion 101 from Hamburg. Memembers from this battalion were directly involved in the murder of at least 38,000 Jews. They also deported several tens of thousands of people to their deaths in the extermination camps.

The gate of Auschwitz-Birkenau has become a symbol of the Holocaust. We remember Auschwitz above all because people managed to survive Auschwitz. They survived because Auschwitz was not only an extermination camp, but also a concentration and labor camp. Almost no one escaped the other death factories. Only two or three survived Bełżec, where 434,508 Jews were murdered. These other camps are today mostly in the dead corner of remembrance: Treblinka, Chełmno, Bełżec and Sobibór in occupied Poland - where a total of around 1.6 million people died. Janowska near Lviv in today's Ukraine. Or Maly Trostinec near Minsk, the capital of Belarus.

The mass shootings of German death squads – the so-called “Einsatzgruppen” – in eastern Poland, the Baltic States and the Soviet Union also play hardly any role in public memory, although in the Holocaust just as many, if not more, Jews were killed by bullets as by gas. No one returned from the death pits. The victims are buried in countless, often unmarked mass graves in remote ravines, sand pits and forests, in fields and garbage dumps, in former anti-tank trenches.

On many journeys from the Baltic to the Crimea, I have visited crime scenes of the Holocaust: Extermination and labor camps, mass graves, transit ghettos and transit camps, execution sites, erased villages, destroyed cemeteries, desecrated synagogues. They are landscapes of a terrain contaminated by the past. Everywhere I photographed what I saw. Mostly there is not much left to see where the Nazis murdered, suffocated, tortured and starved millions of people. The grass on the mass graves is no less green than elsewhere.