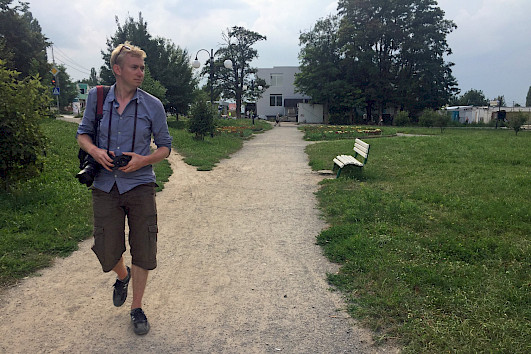 Ansgar Gilster was born 1986 in Hong Kong, grew up in northern Germany and lives in Berlin. He studied history, philosophy and genocide studies in Berlin, London, Siena and Warsaw. 2006 –2012 he was on the editorial team of the academic journal OSTEUROPA. In 2010 Ansgar started his photographic series Dead Corners, documenting both well-known and “forgotten” sites of the Holocaust in Central and Eastern Europe, after having photographed former concentration camps and memorial sites in Germany.

Since 2016 Ansgar has been working on migration & human rights at the Protestant Church in Germany (EKD). He is co-founder of United4Rescue, the alliance to support civilian search and rescue operations in the Mediterranean, and board member of Equal Rights Beyond Borders, an organization working on reuniting families in Europe, protecting individual rights and providing legal support to asylum seekers in EU Hotspots in Greece.