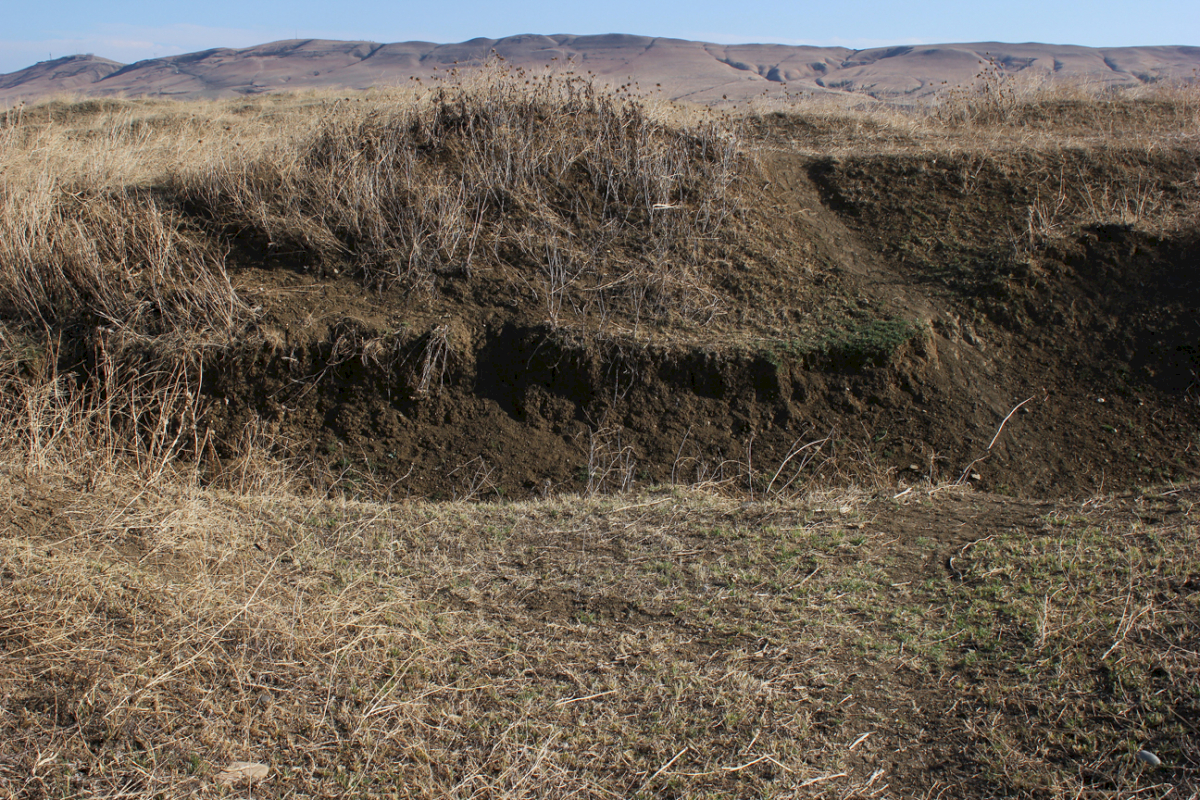 ◀ 2/13 ▶
Despite soil samples and ground scans the exact location of the mass graves in Soghanlughi has not been located yet. As the area in question is vast and ground scanning is expensive and slow, local historians have little hope to find the graves in the near future.

The terror of the Stalinist regime killed millions. Also in the country of Georgia in the Southern Caucasus countless people were murdered between 1921 and 1953. Despite the lack of public and political interest a handful Georgian historians from the NGO "Soviet Past Research Laboratory (SovLab)" try to locate the Soviet mass graves. They collect countless pieces of information from archives and family memories, record oral testimonies of village people or even apply forensic methods as testing probes, metal detectors and ground penetrating radar. Despite their efforts still only very mass graves are known today – mostly in and around Tblisi, the country's capital. Their exact location is often impossible to detect, especially where buildings were built on top of the graves or where the area is too big or inaccessible for probing. Such graves are lost forever. At these sites the perpetrators virtually succeeded in making their crimes and victims disappear.

The great support of DVV International and a grant by the Volkswagen Foundation made not only my photographic field work possible, but also provided for an exhibition in Tbilisi in October 2015. I am most thankful for all personal, organisational and financial support, especially Matthias Klingenberg.